and so, even though she is dead

The year 2020 marked the 50th anniversary of the creation of Cantos de Orfeo [Songs of Orpheus] by the conceptual artist Elena Asins (Madrid, 1940 - Azpíroz, Navarra, 2015).

Subtitled Sinfonía poemática para tres voces y coro [Poetic Symphony for Three Voices and Chorus], this musical visual poem—music and numbers always being present in her work—was completed in Madrid, in May 1970. It is composed of twenty-two typed pages and represents a remarkable example of the experimental poetry that the author produced from the mid-sixties to the early seventies. 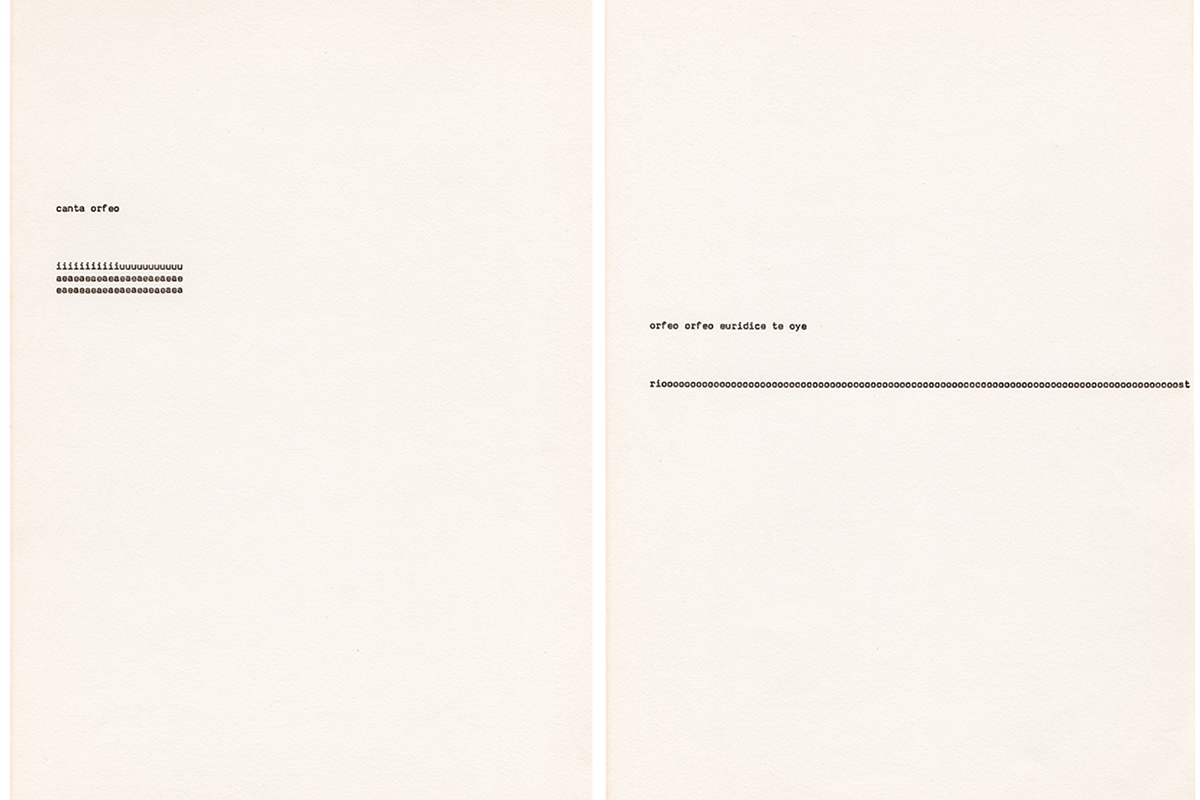 
Ovid tells us that, with Eurydice dead, Orpheus goes into the forest strumming his harp and the animals gather to listen to him (Metamorphoses, Book XI). By arranging sentences with meaning as headings and combinations of letters or syllables—at times onomatopoeic and at times lacking meaning all together—rendered as pure strokes on the surface of the paper in a visually striking way, the conceptual artist—as Javier Maderuelo wrote about Asins, «her work is notional»—narrates the scene over the pages: music, your murmur, the murmur of the rain, the murmur of the bird’s wings, the murmur of the wind, three trees, the bird’s song, the snow melts, Orpheus sings... Displayed in this work are features that were present throughout her career: the importance of structure and rhythm, the absence of color, void as space.


In the early 1970s, the artist summarized her artistic production in the catalog of her exhibition at the Seiquer Gallery in Madrid: «Until 1963 I worked in figurative art. (...) in the following years, ’66, ’68, etc., pure orderings, progressions and sequences. analysis of space, through measurement, movement, perception, rhythm. (...) from ’68 onwards I began to be concerned with the linear field, pure structure. the relationship between image and concept, between pure mathematics and graphic mathematics—that is to say, how much of reality is involved in the presentation of a diagram (…)».

She was a promoter of the group Castilla-63 (1963) as well as a co-founder of the Cooperativa de Producción Artística y Artesana along with Ignacio Gómez de Liaño, Julio Plaza, LUGAN, Herminio Molero, Manolo Quejido and others. Particularly relevant in her training was her involvement in the seminars held at the University of Madrid’s Centro de Cálculo, starting with the inaugural course in 1968-1969, even if it did not result in the production of any computer-aided work, as Asins could hardly attend the meetings since they coincided with her stay in Germany (Stuttgart). She did participate, however, in the first closing exhibition of the seminar «Formas computables» in 1969 together with Alexanco, Sempere, Vasarely and Yturralde, among others. That same year, she also collaborated on the article «Consideraciones generales sobre la obra de Mondrian» in the Center’s publication, Ordenadores en el arte. Equally significant in her career were her studies in semiotics at the University of Stuttgart beginning in 1969 with Max Bense, in whose publishing house she had some of her concrete poems published (1970). This was followed in the 1980s by two important projects carried out in New York: first, research on the work of Walter De Maria (1982-1984), and second, in Columbia University’s Department of Computer Science, the production of her first works with direct computer-assistance (1985-1987).

Asins was awarded the Gold Medal for Merit in the Fine Arts in 2006 and the National Plastic Arts Award in 2011. On the occasion of her receiving the Art & Patronage Foundation Award, which in its second edition was granted to the author in the artist category (2012), her book Cantos de Orfeo was published by Ediciones La Bahía (2013). It is a book that, in the words of Javier Maderuelo, who penned the edition’s prologue: «(...) unlike many other books of poems (...), this one does not aim to tell a story which follows a narrative thread; here, rather than the verses forming traditional stanzas, they are presented as lines and shapes, strokes and figures that possess, in addition to a semantic sense, a visual value».

Archivo Lafuente preserves original works by Elena Asins, ranging from the early to late years of her career, such as Untitled [KTTT], Untitled [TUUU] (1968) and 8 Menhires (1995-1996), among others; artist’s books such as Untitled [travelogue] (1965) and Divertimentos en el viaje from 1965 (1970); as well as correspondence, publications and documents. In addition to these, the Archive houses an example of the projects carried out during her stay at Columbia University, the first to be completed with the aid of a computer, including Ludwig Wittgenstein. Zettel. Modular group (0 to 5), 1987. Moreover, it should be noted that Archivo Lafuente also preserves archives of Spanish experimental writers such as Fernando Millán, Felipe Boso and José Luis Castillejo.

The year 2020 marked the 50th anniversary of the creation of Cantos de Orfeo. 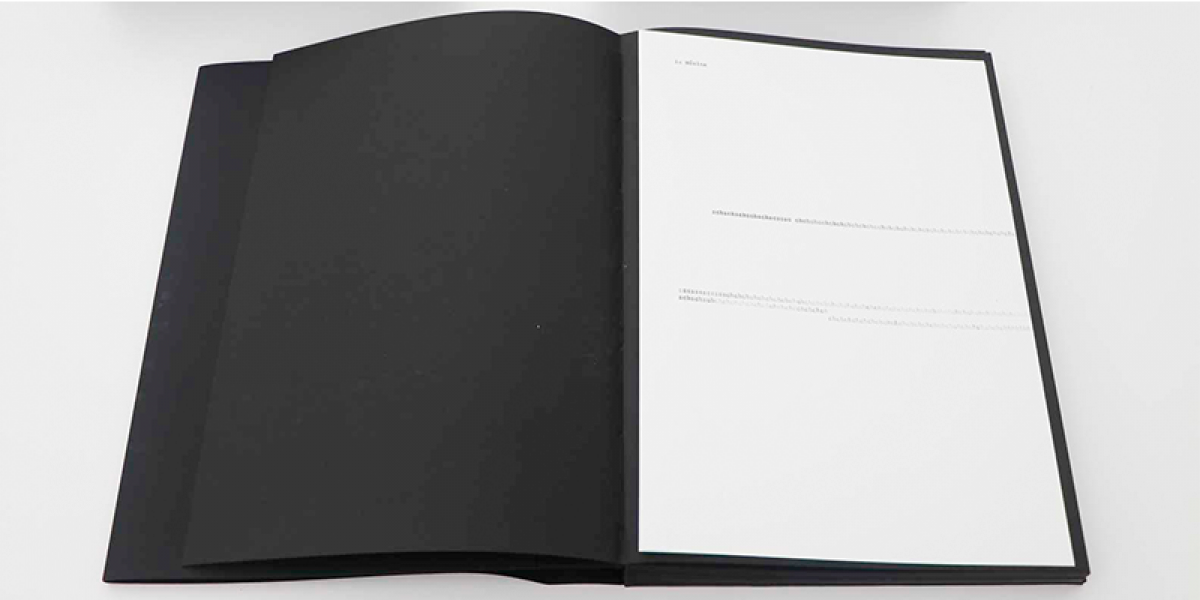